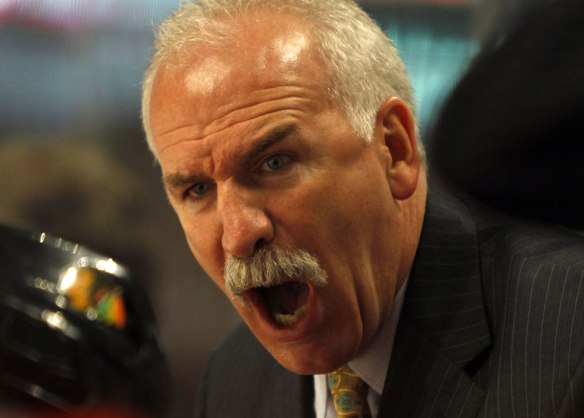 Maybe you didn’t notice it on Wednesday night against the Rangers, but Marcus Kruger got some time as the second-line center with Patrick Kane. Well, on Thursday it was announced that Kruger would be on the second line with Kane again against Montreal on Saturday, as Quenneville said he’s going to get a shot at the job.

And it’s about fucking time, too.

Patrick Kane has been on a line with Michal Handzus at center this season. Now, Kaner is having a fantastic season, as he has 23 goals and 31 assists on the season, ahead of pace for career highs in both categories.

Imagine what he’d be doing if he didn’t have Handzus anchoring him. Do you know how many even-strength goals Kane has scored this season when sharing the ice with Handzus? Zip. Nada. None.

Marcus Kruger isn’t a superstar or anything close to it, but he’s currently tenth in the NHL in faceoffs and he’s certainly fast enough to keep up with Kane on the offensive end while strong enough defensively to make up for some of Kane’s shortcomings there.

In other words, this is a move that’s just made too much sense for too long a time.

What’s Going On This Morning?

Good news for those of you who choose to get outraged over things like Bears players not being selected to play in meaningless games: Alshon Jeffery will be taking Calvin Johnson’s place in the Pro Bowl. Which, all right, good for him. The Alshonatron deserves the nod. I just didn’t get why people were so angry when he was passed up originally, but I suppose I never do.

Oh god it’s happening again. Frank Isola actually wrote that there is “talk about LeBron possibly heading to Chicago to join a young core with Derrick Rose, Joakim Noah and Jimmy Butler.” Now, this would be a far greater idea than Carmelo Anthony, but PLEASE DON’T DO THIS TO YOURSELVES, BULLS FANS. LEBRON ISN’T COMING HERE. IT’S NOT HAPPENING.

I actually tend to agree with what Jonah Keri wrote over at Grantland. I’m not sure how much of a bounceback we’ll see, but I have a hard time believing guys like Starlin Castro and Anthony Rizzo are going to have another season as poor as last year.  Now, how many more wins it will be worth for the Cubs as a whole, I have no idea, but I think this year’s team will be a lot closer to 80 wins — though that depends on Samardzija’s fate before Opening Day — than 65.

More on the Blackhawks, as Mark Lazerus writes about Bryan Bickell’s current “crisis of confidence.” I’d say getting healthy would bring his confidence back, but I also felt like bringing him back at the price the Hawks did was a bit too much of the ol’ “Cup Nostalgia” in the first place.

I don’t mean to alarm you but DePaul won a Big East game on the road last night. I think it’s high time Oliver Purnell gets an extension.

Oh and here’s a fun image courtesy of Scottie Pippen’s Instagram sure to make your head explode. 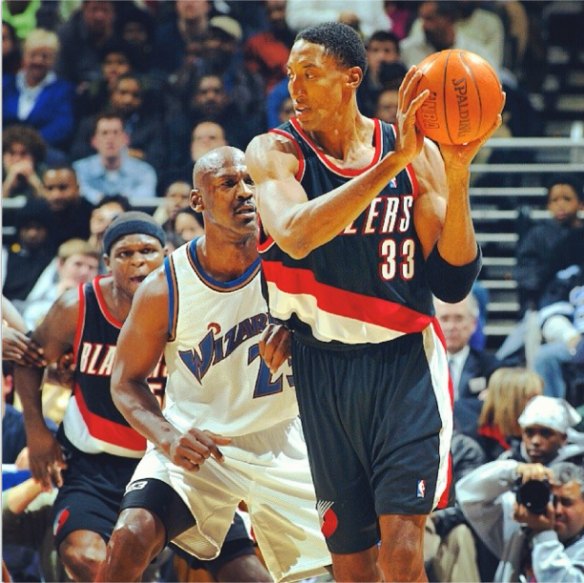 Anything To Watch Today?