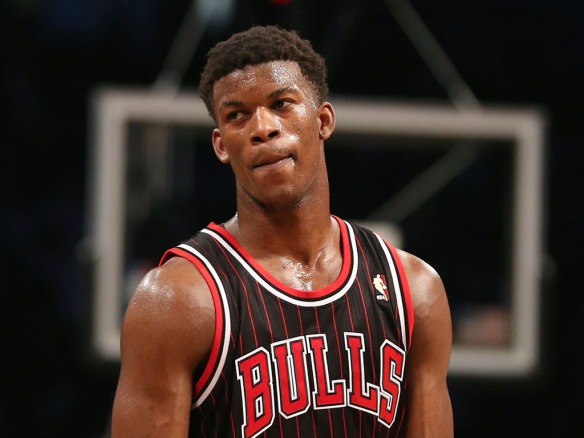 On Wednesday night Jimmy Butler set a Bulls franchise record by playing 60 minutes in the team’s triple-overtime win over Orlando. This record came less than a week after Butler suffered a thigh injury against Milwaukee that forced him to miss the Charlotte game. It came a month after Butler missed 11 games due to a turf toe injury.

So, obviously, everybody was joking about it after the game.

Tom Thibodeau joked that 60 Minutes was “my favorite TV show” when talking about the amount of time that Butler, who is the new Luol Deng in that he will play every single damn minute from now until the end of time, finished with. Even Butler was able to crack some jokes as he sat surrounded by reporters, bags of ice strapped to his knees.

“Y’all can go with me right now because I can’t move.”

Although, if I were Jimmy Butler I wouldn’t be laughing about it much longer. While 60 MInutes may be Thibs’ favorite television show, The Chicago Homer was able to get a list of Thibodeau’s favorite movies, and it could spell doom for the unsuspecting Butler.