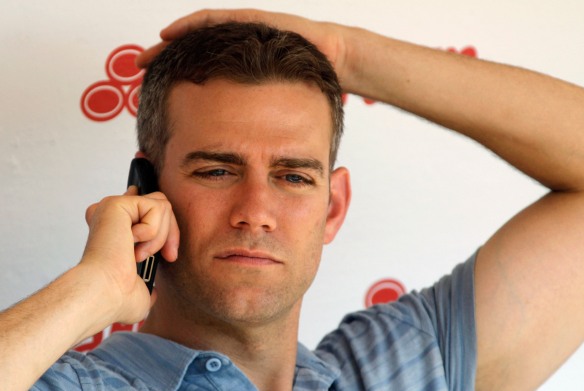 Now that Masahiro Tanaka has agreed to sign with the Yankees, it’s only natural to wonder where the Cubs and White Sox will go from here. What’s Plan B?

Well, simply put, there is no Plan B.

With the end of the Tanaka pursuit comes the end of the Hot Stove season in Chicago. While there could be some players signed to minor league deals and given invites to spring training, when both teams report to Arizona next month, their rosters will look exactly the same as they do now.

Yes, there are other free agent pitchers out there, but none of them fit what it is that either team in town is trying to do.

Masahiro Tanaka wasn’t about winning in 2014, though he certainly would have helped this year. No, Tanaka was more about 2015 and beyond, as he’s a 25-year old pitcher who would have spent the prime of his career in Chicago had he chosen either team. That’s the kind of player the Cubs and Sox are looking for.

Ervin Santana is not. Nor is Ubaldo Jimenez or Bronson Arroyo. Matt Garza might almost make sense since he wouldn’t cost either team a draft pick, but what he would cost is a lot of money for a pitcher who has basically been the definition of slightly above average the last four seasons. Garza certainly has value, and somebody will pay him for that slightly above average production, but a multi-year deal in the $60 to $70 million dollar range for a 30-year old pitcher certainly isn’t the direction either of the local regimes are looking to go.

I know for some of you this is not what you want to hear, but it’s the truth. While we haven’t heard from Epstein or Hoyer since Tanaka’s decision, Rick Hahn was on Sportstalk Live Tuesday and he said that if the Sox didn’t get Tanaka that would probably be it for the winter. Now, you can never say never, as a trade that makes sense may pop up for either team before the start of the season, but if you’re looking for some kind of signing to make you feel good about things, it’s not going to come.

And this is a feeling that Cubs fans are looking for more than Sox fans right now. The White Sox already made a major signing in Jose Abreu, and have retooled the look of the roster this winter. The Cubs, for the most part, have stood pat. Tanaka was the only free agent that truly made sense for them this winter, as Jose Abreu may have been nice, but with Anthony Rizzo at first and no designated hitter in the National League, it just wasn’t feasible. So I’m sure there are Cubs fans gnashing their teeth, and while I don’t begrudge them for it — hey, Cubs fans have been waiting a long time already, and it’s easy to get tired of waiting — missing out on Tanaka doesn’t destroy any of the team’s plans.

For all the talk about the Cubs not wanting to spend money, the reported $150 million (plus the $20 million posting fee) they bid on Tanaka refutes that quite a bit. The Cubs have money, and they’re going to spend that money. They just aren’t going to do it right now.

We’re all just going to have to get through 2014 together. After that baseball should start to be fun again.

And if it doesn’t, hey, we still have the Blackhawks.