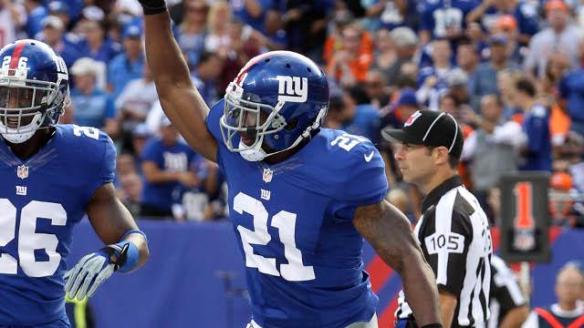 While the big splash was made quickly, it wasn’t the only ripple the Bears left in the free agent pool on Tuesday. There was the signing of linebacker Jordan Senn to a one-year deal, but odds are his impact will be on special teams, as that’s how he’s carved out his six-year career.

The other signing that could actually result in a new starter on the Bears defense was safety Ryan Mundy.

Mundy signed a two-year deal, though there’s no word on the money yet. Considering that he’s Ryan Mundy, odds are that he didn’t cost much. And odds are that he won’t change much as far as the plans go.

Mundy is essentially a replacement for Major Wright, who is a free agent and not expected to return. So, yeah, there’s a chance Mundy can earn a job as a starter, though if he does, don’t go expecting him to be anything special. While Mundy has appeared in 80 games over his first five seasons in the NFL, he’s only started 15 of them. Nine of those starts came last season with the Giants, before he was passed on the depth chart by Will Hill. Still, Mundy put up career highs thanks to all those starts, finishing the year with 70 tackles, a sack and an interception.

So while there’s a chance Mundy could start next season, odds are he’s going to have to earn that position, as this is a depth signing. At this point I would expect the Bears to sign another safety and draft one as well. Maybe now that they’ve signed Houston, who can play multiple positions, the Bears will be more inclined to draft a safety in the first round.

I don’t know, but they’re going to draft one at some point. Possibly two. And then they’ll throw all of those safeties into a stew with Mundy and Chris Conte and see which two pop to the top.

All we can do is hope that whoever the Bears bring in, they’re good enough to beat out Conte.