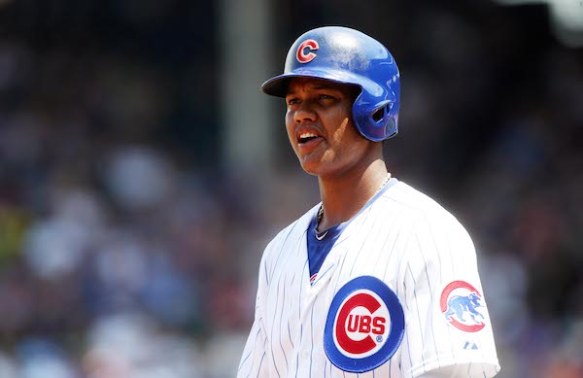 I came into this spring with high hopes for Starlin Castro in 2014. In my mind, he was set for a bounce back season that would see him playing at an All-Star level yet again.

But things are not off to a good start.

Castro has been out since for nearly two weeks because of a hamstring injury, and now the word is that same hamstring is going to keep him out longer. How long? Nobody’s sure.

Chicago Cubs shortstop Starlin Castro’s return to the lineup has been indefinitely delayed as he deals with fluid in his leg from a hamstring injury suffered on March 2.

Initially, the Cubs said Castro would be out of the lineup for seven to 10 days, but on Friday morning, manager Rick Renteria gave no exact timetable on when Castro might play again.

“I don’t have a set date in my head right now,” Renteria said. “That’s all based on how he’s progressing. He’s progressing well.”

There had been hope that Castro would be back by the weekend, but now Renteria is saying he won’t be playing before Monday. What will the word be on Monday?

Now, the good news is there’s no need to panic just yet. The regular season is still more than two weeks away, so Castro has plenty of time to get healthy. The problem is he won’t have nearly as much time to get ready for the regular season, and could begin the season still getting himself into shape.

And then there’s the fact that an injury is never a good way to begin your year. Yes, I’d much prefer to miss time in Arizona to an injury than during the regular season, but it’s still cause for concern.

Though, on the bright side, if Castro misses significant time it could speed up the arrival of Javier Baez.

I wonder how many Cubs fans would make that trade-off?