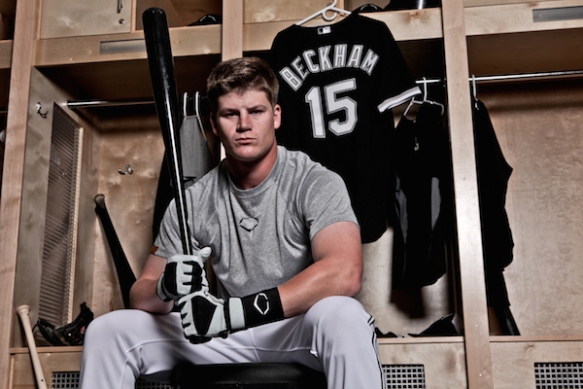 Back in February there were reports that the White Sox had scouts checking out Yankees catchers. I took this news and ran with it a bit, positing that a possible deal centering on Gordon Beckham for Francisco Cervelli would work for me.

Hell, I said I’d do it straight up. I’ve just reached that point with Gordon Beckham where I feel like if he is ever going to figure things out again, it will be somewhere other than Chicago.

Since then there’s been some talk about a Beckham-Cervelli deal floating around the intertubes, but serious rumors are yet to surface. And while I would not count a blurb in the New York Post as a “reliable rumor,” particularly when mentioned in a larger story about the Yankees infield in general, apparently the idea is still alive and well in New York.

Still — despite the general perception — the Yankees have not dispatched their scouts to unearth, say, a platoon partner for Johnson or insurance for Roberts. The way it was described to me is they are looking for a 500-at-bat player, not a 300-at-bat player — someone who might be a backup or insurance policy now, but has a good chance to start beginning next year. In other words, they are not hunting for utility types such as Jeff Keppinger.

Scouts are definitely focusing on Yankees catchers. Francisco Cervelli is having a strong camp. His reputation already was for strong defense and he has three homers this spring. Catching is in short supply and he could start for some teams, including the White Sox. A deal built around Cervelli and Chicago’s Gordon Beckham is not impossible.

First of all, if the Yankees don’t want a utility type like Jeff Keppinger, I will gladly just give them the Jeff Keppinger. Sending Cervelli back in that deal would just be a friendly bonus.

As I have already said, I would do this deal if it were straight up. The more parts that get involved, the more I would have to think about it, but Beckham’s play this spring has done little to change my mind. He’s currently got a line of .185/.214/.333. Spring training stats don’t really mean anything, but still, not a lot to be encouraged by there.

Meanwhile Cervelli would certainly be an upgrade behind the plate offensively for the Sox, and possibly defensively too.

So, for me, “not impossible” is enough to keep hope alive.