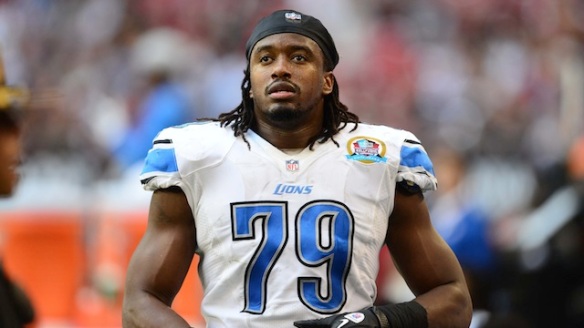 The Bears haven’t made a major splash in free agency this spring, nor are they done rebuilding the roster as we’ll see an infusion of talent on the defensive side of the ball thanks to May’s draft. What they’ve done already, though, particularly on the defensive line, is improve the unit so far.

Or, at the very least, they’ve improved the defensive end position, even with the departure of Julius Peppers.

You watched the Bears last season, so there’s no need for me to tell you that the defensive line was a problem. Peppers had his moments, but by and large, things were not pretty. And while you may not be as familiar with players like Lamarr Houston and Willie Young — though you should know Israel Idonije — odds are you’ll like what you see on the field next season.

We’ll start with the familiar face, though, Mr. Idonije. Last season in Detroit was not Izzy’s best looking at his stat line. In his final three seasons with the Bears Idonije had 20.5 sacks, which is why Detroit signed him. Well, the Lions did not get what they paid for, as Idonije played in 15 games last season and finished with only 0.5 sacks and seven tackles.

You know what’s crazy, though? Well, instead of just telling you, how about you take a look at this table I made for you. These are Pro Football Focus’ grades of the defensive ends that played at least 25% of the snaps on the Bears last season, as well as the three new free agent signings. Tell me what you see.

Yep, that’s right. Idonije played poorly last season and had a bad grade of -4.0 overall. And that grade would have made him the best defensive end on the Bears using PFF’s grading system, and PFF’s grading system is very similar to what actual NFL teams do, and NFL front offices — like our very own — use PFF.

Oh, and I’m sorry I didn’t warn you to avert your eyes from Shea McClellin’s score. My bad.

I broke the table up into four categories: overall grade, pass rush grade, run defense grade, and the final one is something I made up. It’s disruption rate. Essentially what I did there was I added each players sacks, QB hits and QB hurries and divided it by the amount of snaps they played against the pass.

Anyway, as you see in the table, the three new signings all had better grades last year than the options we already had nearly across the board. We also see that Idonije wasn’t all that terrible when it comes to pressuring the quarterback, though he wasn’t getting the results as far as sacks are concerned.

The bigger picture, though, is that, based on last year’s numbers, this is a unit that the Bears have improved quite a bit already this offseason. Now, it’s not enough to make it an elite defensive line all of a sudden, and I certainly still have some questions.

I know Lamarr Houston is a stud against the run, I mean, look at the table again. What I don’t know is whether or not he’ll ever develop into a pass-rusher, but at only 26, he certainly has time to grow. My other big question is whether or not Willie Young can be as effective when he’s not on a line with Ndamukong Suh and Nick Fairley commanding so much attention in the middle.

These are things we will all find out in the fall, but at the moment you have to appreciate the moves the Bears front office have made to address what was a very poor position in 2013.