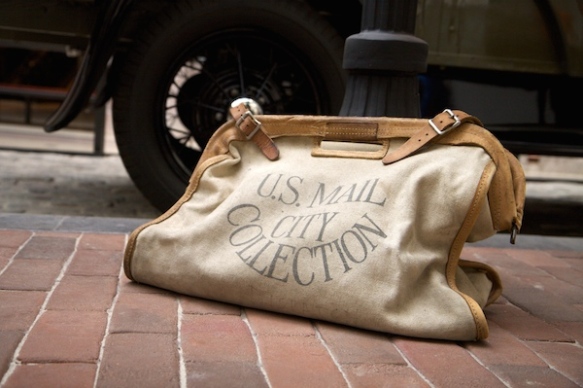 When I was writing over at The Champaign Room I started a weekly mailbag post, and enjoyed it. While some of the questions got a bit repetitive, it provided the chance to write about things other than Illinois sports from time to time.

Believe me, when you’re writing about Illinois sports constantly, you really look to find ways to write about anything else occasionally. Your sanity demands it.

Well, Chicago sports doesn’t have the same effect because I only write about whatever the hell I want when I want, but I still enjoyed doing that damn mailbag. So I’ve started one here now. This is it! The first one! You are reading history!

I’m not sure if it will have a set day, though it might be useful on Fridays or weekends, I’ll play it by ear. Just know that if you want to submit a question — and it can be about anything, not just sports. Either tweet it on Twitter using the #AskTCH hashtag — you don’t have to include our Twitter handle in the tweet, just the hashtag, and we’ll still find it. Or if you aren’t on Twitter (or prefer anonymity) send an email to TCHMailbag@gmail.com. Just make sure that if you wish to remain anonymous you say so, or else I will use your name and the entire world will learn of your dark secrets.

So, all right, that’s out of the way. Let’s get to the first question.

@TheChicagoHomer Have the Bears done enough in FA to use 1 or 2 draft picks on the offense this May? #ASKTCH

I think so. In fact, I fully expect them to add to the offense in the draft this year now, especially after signing Jared Allen. Now they’re still going to focus on defense, and if I’m Phil Emery, I’m still looking to the defensive side of the ball with my first three picks (Aaron Donald for the love of god please get me Aaron Donald).

But after that I think the Bears will look to draft a backup running back, and possibly a backup quarterback. And there will be plenty available following the third round. I think there are plenty of good running backs available in the draft this year, and the nice thing about the way the NFL landscape has shifted in recent seasons is that nobody takes them early. That means guys like Bishop Sankey could be around in the third or possibly the fourth round.

I’d love for the Bears to add a player like Sankey, or Devonta Freeman and Lache Seastrunk. Frankly, there are a lot of good options, and even if Matt Forte is signed through 2015, it’s never too early to look for a possible replacement. And a much cheaper one at that. Plus, at the moment, the backup is currently Michael Ford, who is serviceable but not exactly a long-term option in my opinion.

As for quarterbacks, as I’ve written before, I’d love to see the Bears draft somebody for Marc Trestman to groom. Either as a long term successor to Jay Cutler, or just somebody to trade for more draft picks in the future. Having a quarterback whisperer like Trestman is an asset to your franchise, take advantage of it.

@TheChicagoHomer do you believe there is any chance the white sox make the playoffs this year? #AskTCH

@TheChicagoHomer Please tell me the White Sox aren't gonna lose 90+ this year so I don't throw myself out of a window. #AskTCH

I do believe there’s a chance, yes. I don’t believe it’s a very good one but there’s definitely a chance. In truth, I think this is a team that’s going to hover around .500 for most of the season. So, Kevin, to answer your quasi-question, the Sox aren’t going to lose 90 games this season.

But as for where they will finish, I think hanging around .500 keeps you in the playoff picture given the two additional wild cards that MLB added last season. Also, it’s important to remember that the AL Central isn’t exactly a good division, and I wouldn’t be surprised to see the Tigers regress a bit in 2014. I’d still consider Detroit the favorite, but they aren’t world-beaters.

So, yes, the playoffs are possible. That being said, I’d expect between 75-82 wins depending on how well the new kids adjust to everyday life in MLB, and whether or not some guys who were awful last season can bounce back.

@TheChicagoHomer What do you think White Sox opening day lineup should be? #AskTCH

It’s hard to come up with an ideal lineup for the White Sox since the team lacks so many ideal options for certain spots, but given what I have to work with, I’d guess it looks something like this (and I’m including Gordon Beckham because I figure he’s the second baseman until proven otherwise).

Now I would make adjustments depending on who was playing. Maybe during days when you have De Aza playing left you move him to the second spot and move Garcia down in the order to fourth and Dunn/Konerko to fifth. Personally I like Avisail hitting second because he hasn’t proven to be the most patient hitter in the world, so I’d like to put him in a place where he’s likely to see a lot of fastballs.

Or maybe you put Beckham in the two hole. I don’t know. This isn’t easy to do, and I have a feeling we’ll see a lot of different lineup combinations from Robin Ventura this season.

@TheChicagoHomer How many Mac & Cheese burgers could Yasiel Puig eat on a cross country flight? #AskTCH

I have no idea, but I do know that there would be no less than ten columns about his bad attitude while eating those burgers in the paper the next day.

@TheChicagoHomer can you give me a job after I graduate? #AskTCH

No, and as you’re no doubt just realizing now, neither can college.

@TheChicagoHomer What was your Final Four in the Dad Bracket? #AskTCH

I don’t have one because I haven’t looked at it. I created The Champaign Room for SB Nation, and I’m friends with a lot of SB Nation writers, but when the SB Nation Borg all hits the internet at the same time telling me how awesome something is and how I have to read it, I don’t read it.

So I haven’t even looked at the Dad Bracket, nor do I plan to. And I say that as one of Jon Bois’ biggest fans. I KNEW HIM BEFORE HE WAS FAMOUS.

This is probably a question you should ask Kenny Williams, Rick. That’s why he’s there. To advise you.

My opinion of it has changed. I always found the Superfans funny, but I was also in on the joke. So many Chicagoans seemed to think it was an homage to them instead of an insult, and this used to anger me. Not because people didn’t realize it, but because they were insulting Chicagoans, and by extension, me. I thought it was all an unfair stereotype, even if it did make me laugh.

Then social media came around, and I was a sports writer writing about Chicago sports on a daily basis and interacting with Chicago sports fans. Turns out, while there are plenty of smart sports fans in this city, the stereotype is basically true. I don’t mean that to sound as insulting as it probably does, but Chicago is no different than anywhere else in the world. There are more dumb people than smart ones, and the dumb ones get the angriest for no reason and yell about it the loudest.

Of course, the biggest change is probably growing up and slowly realizing what a fucking meatball Mike Ditka is and always has been.

It all came about because of work. Once I was hired by CBS Sports my personal Twitter account couldn’t be used in quite the same way. I had to be more careful about what I said. And when watching the White Sox, I tend to have feelings about things that can only be expressed with a certain, shall we say, rage?

And what better way than to create a parody of Hawk? This way I could say whatever the hell I wanted, and it’s not like Hawk wouldn’t provide plenty of material to me himself. So while what I created with NotHawk was largely a character loosely based on him, it was mostly just a way for me to make tasteless jokes anonymously.

And people just ate that shit up. Hawk was a big part of it too, because I think if it had been a parody account of somebody who wasn’t so polarizing already, it never would have been as popular.

As for why I stopped, it really wasn’t as fun for me to do anymore. It also reached a point where I felt like a circus animal that was expected to perform on a nightly level, and damn it, I wasn’t getting anything out of it. If I had figured out a way to get paid for NotHawk, I’d still be doing NotHawk, but I didn’t. So instead I chose to “retire” the account and use it as a spring board for this site instead of starting from scratch.

Plus I finally wanted some credit for it.

I’ll admit that when I first switched over from NotHawk to The Chicago Homer on Twitter I assumed I would see my followers drop by the hundreds. That actually hasn’t been the case. NotHawk was at 8,100 followers when I made the switch, and The Homer is currently at 8,008. So we culled the herd a bit, but most have stuck on.

And that’s it for this week’s mailbag. If your question didn’t make it send in a better one next time.