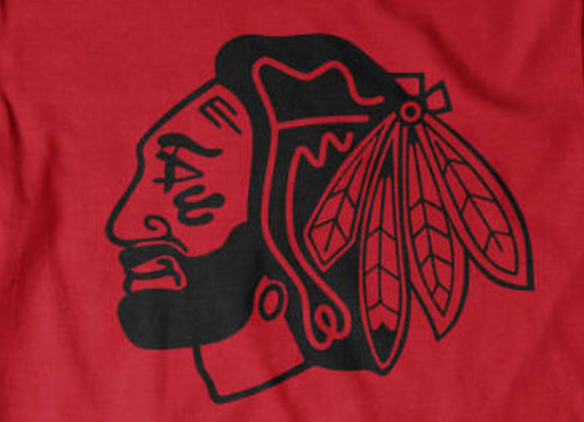 I received more email questions this week than in any other week in the long, illustrious three weeks we’ve been doing this mailbag. So, to honor that, I think we have to start this week’s mailbag with one of those email questions.

ARE YOU GOING TO GROW A PLAYOFF BEARD? — ERIC STONE

Well, I have to assume you mean this for the Blackhawks, who will be starting the playoffs against either St. Louis or Colorado on Thursday. Honestly, I really don’t know yet. I’ve done it before, but the superstition aspect of it features conflicting evidence.

There are pros and cons to the playoff beard. The biggest pro obviously being that you don’t have to shave. I remember being a kid wishing I had to shave. It just seemed like such an adult, manly thing. And then puberty came and I actually had to start shaving and the novelty quickly wore off.

It’s just another damn thing you have to do. Like homework, or a job. Oh for the care free days of pre-pubescence!

Another pro is that beards make you look smarter, especially when there’s a bit of gray in your beard, like there is in mine. If you saw me on the street clean-shaven you’d probably just think “there goes just another incredibly handsome man of moderate intellect.” But if you saw me with a beard you’d think “life just isn’t fair, how does one man get to be both good-looking and extremely intelligent?”

But then there are the cons. Beards itch. A lot. It gets annoying. I always reach a point with a beard where I can’t wait to shave the thing off. Also, summer is reportedly coming. Should the Blackhawks make a deep run into the playoffs it could be June before I am legally allowed to shave my playoff beard.

Having a face full of facial hair when the weather — allegedly — warms up isn’t always a plus.

Then there’s the fact that I’m actually doing some adult things right now that require me to behave like an adult while out of the house interacting with other adults. I’m not sure I want to show up to any of these functions looking like a hobo. A handsome, smart hobo, sure, but a hobo none the less.

So as you can see, I haven’t quite figured out if there will be a playoff beard this year or not. The good news is I have until Thursday to make this important life decision. I figure I’ll shave Wednesday night and let fate handle it from there.

@TheChicagoHomer With this likely being the year the Sox end their RotY award drought, will they end their Cy Young one as well? #AskTCR

Cool hashtag, Mark. Though to be fair, at least you used the hashtag. I received a lot of questions this week from folks that didn’t include a hashtag at all. Some have been lost to the internet forever because I’m not going to spend time trying to find them. Others I remembered to favorite in time before they disappeared down the timeline drain.

Please hashtag your questions. Please. It makes it so much easier for me to keep track of them, and if you don’t it greatly increases the odds your question isn’t going to make it.

Anyway, as for your question, maybe? It’s not going to be easy. While I think Jose Abreu has a very good chance of winning the Rookie of the Year, the Cy Young just has so much more competition for Chris Sale. Yeah, he’s awesome, and he’s been awesome to start the season. But so has Felix Hernandez, so has David Price, so has Yu Darvish, so has Justin Verlander, and so on and so forth. There are just a lot of really good pitchers in the American League and I can’t help but feel that no matter how good Sale is this season, unless the White Sox are in contention, he’s going to get passed up.

It just works that way all too often with these kind of awards. Teams being in contention are the reason Mike Trout hasn’t won an MVP yet.

DO YOU LEARN ANY BEHIND THE SCENES SECRETS AT THE SCORE THIS WEEK? DID DAN BERNSTEIN JUST APPEAR AS A PUFF OF BLACK SMOKE? — KRIEGER

Well, I learned the Paypal account information of a certain overnight host on the station, but I’m not going to give it out. Other than that, no I didn’t learn any Score secrets. Well, I also learned that they watch Rachael Ray and the Price Is Right in the studio, but I’m not sure if that’s the kind of info you’re looking for.

As for Bernstein, no, he walked in the studio door just like I did. He wore a fleece pullover. There was no evil aura about him, and I was not burned by any hot takes.

All in all, everybody was really nice and treated me as if I’d been there forever.

I’ll admit that I was extremely nervous during the first hour of the show, though. It was a combination of being on the radio as a host for the first time, and that I just didn’t want to screw up. Spiegel took a chance on me and I didn’t want to let him down. Then, after the Rocky Wirtz interview to start the second hour I just decided to stop caring whether I screwed up or not. Everybody would just laugh at me and we’d move on to the next segment anyway.

Once that happened I loosened up a bit and just went with it.

It was a blast, I’m extremely grateful to Matt for letting me do it, and hopefully I get a chance to do it again. Dan McNeil takes like 12 weeks of vacation a year, after all.

Well, let’s see, he has two in the first 12 games of the year, so according to the math he should finish with 27 multi-homer games, which means he’ll hit at least 54 homers this season. If he is going to hit 54 this season, personally, I prefer he space them out across more games.

@TheChicagoHomer Well, you answered my beef question. Next: If you could only have one meal in Chicago, where would you go?

Aw crap, I don’t know. That’s so not fair. There are so many great options, to only choose one is cruel. Sure, whichever place I choose would be great, but eating the same thing over and over again would get tiring quickly.

So I guess what I’d need to do is pick a place that is changing its menu continuously.

Which means I’d pick one of two places: Hot Doug’s because there are always new hot dogs to try. Though I must ask you a question: If I sign a lifetime eating agreement with Hot Doug’s, do I have to stand in line every time? Because I feel like I shouldn’t have to stand in line if I’ve essentially sold my food soul to the place. If I do, that’s a bit of a deal breaker, isn’t it?

I’ve changed my mind! I’m going to choose Francesca’s on Bryn Mawr. Lynn and I have eaten there plenty of times since it’s so close, and I don’t believe I’ve had the same meal twice yet. I’ve enjoyed every single one of them too.

At the moment I think you have to go with the Blues. The Blackhawks have won the last two meetings, and they’re absolutely devastated by injuries at the moment. Meanwhile the Avalanche are probably finishing the season by playing their best hockey of the year.

So, yeah, right now I have to go with the Blues.

Plus what better way to begin the playoffs by knocking out the team whose fans had been talking shit all season long?

@TheChicagoHomer #asktch Who wins nba coach of the year? And for a bonus. Do the pacers make it out of first round?

I don’t think he’s going to win it, but it really should be Tom Thibodeau. I mean, the man lost Derrick Rose to a season-ending injury again, and then the Bulls went and traded Luol Deng out from under him. Yet, here we are, with the Bulls three wins away from another 50-win season. It’s been a remarkable job by Thibs, I just wish he wouldn’t treat every regular season game like it was Game Seven of the NBA Finals.

As for the Pacers, yes, I think they do. They’ve been terrible down the stretch here, but they’re going to end up playing Charlotte or Atlanta in the first round. Even at 50-60% I can’t help but think the Pacers would outlast both of those teams in a seven-game series.

Now the second round? I’m not so sure.

@TheChicagoHomer How do I get people to stop demanding* that I like Scotch? I'm a big whiskey guy but I despise Scotch. It is miserable.

Punch them in the face.

Don’t get me wrong, I don’t quite understand why you’re okay with one, but despise the other, either. I’m just answering your question on how to get people to stop demanding you to like it.

I know that if I demanded you like Scotch and you just said “no, I don’t like it” I’d only keep pushing the issue.

“What do you mean you don’t like Scotch? You like whiskey, don’t you? It’s like Coke and RC Cola. Sure they’re different, but they aren’t that different. You don’t like Scotch just cuz you don’t want to like Scotch. You probably hated Braveheart too. This is just some bullshit about your Irish heritage. Get the fuck over it. It’s England you’re supposed to hate, not Scotland. They’re in the same situation as you are, you dumb Scotch-hating jackass.”

But if I demanded you like Scotch and you just punched me in the face I’d just be like “all right, jesus. The fuck did you have to go do that for?”

And that’s it for this week’s mailbag. If your question didn’t make it send in a better one next time.