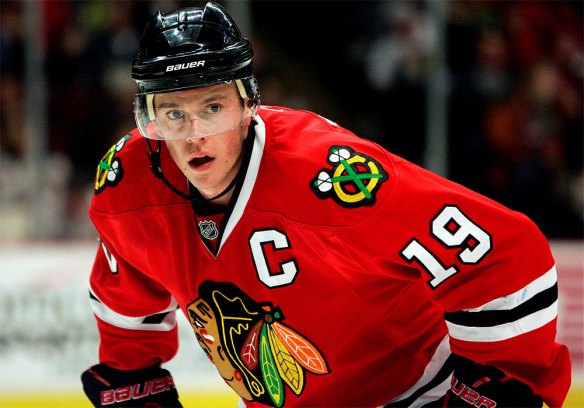 Brent Seabrook has been suspended three games for his hit on David Backes Saturday, and it doesn’t take a genius to figure out that, even up 2-0, St. Louis is going to be looking for retribution tonight. The Blues have a roster filled with guys who don’t do much more than hit anyway, so they’ll be looking SEND A MESSAGE of their own tonight.

And if you read between the lines of what coach Ken Hitchcock said Monday, there’s one player in particular that should be on the look out.

Coach Ken Hitchcock on Blues playing without David Backes: "What would Chicago be like losing (Jonathan) Toews? For us, Backes is Toews."

Hockey is a vicious circle. Some Blackhawks fans were upset the team didn’t SEND A MESSAGE to the Penguins after Brooks Orpik’s hit on Toews, and now the Hawks SENT A MESSAGE to St. Louis, so they’ll respond in kind by SENDING MORE MESSAGES to Toews.

Or anybody, really. The Blues are going to go out of their way to deliver hits tonight. This will probably work to the Blackhawks benefit in reality, but losing another player for a couple of games wouldn’t be beneficial.

So keep your heads up, boys. And put the damn puck in the net.