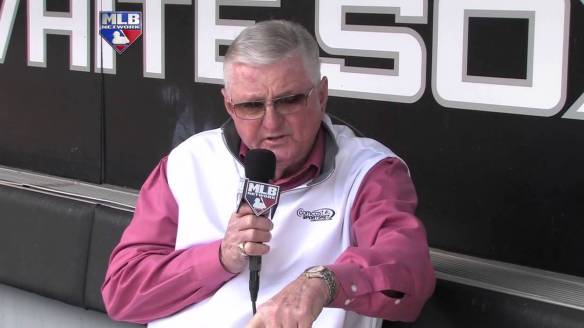 I’ve been watching White Sox games my entire life, and throughout my journey with the team, Hawk Harrelson has been in the booth. I’ve spent a lot of hours with Hawk, and as a result, I was pretty sure I’d heard every story Hawk has to tell.

Turns out I was wrong.

Hawk appeared on MLB Network’s High Heat on Thursday and told Chris Russo the story about his 1968 season, when he finished the year with 35 homers, 109 RBI, an OPS+ of 155 and he was voted third in the AL MVP race, behind both Detroit’s Denny McClain and Bill Freehan.

In the Triple Crown race, Hawk finished ninth in the American League with a .275 batting average, third with his 35 homers, and led the league with the 109 RBI. So, in reality, while he was close in the homers and RBI race, Hawk was a ways behind YAZ in the average department, as YAZ was the only AL player to finish over .300, hitting .301.

But Hawk believes he’d have caught YAZ if it weren’t for one thing: hemorrhoids.

“Well in ’68, it was all because of Yaz,” said Hawk. “Over the winter I had dedicated myself to — I said, ‘I’m gonna stick it up Carl’s behind in ’68.’ And that was my motivation. I was just going to go ahead and play as hard as I could and things worked out pretty good. In fact, I was going for the Triple Crown up until I got the hemorrhoids.”

Now, it’s entirely possible that Hawk is pulling this hemorrhoids story out of his ass (thank you, thank you very much) because he is Hawk, and I’m fairly certain he’s made up plenty of stories. He always says he loves getting together with old players and “telling lies,” after all.

But the hemorrhoids story might actually be true. First of all, they can be more than just a pain in the ass, and Deadspin did some research that seems to back up Hawk’s claims.

So maybe we should just assume that the entire White Sox offense had an inflamed asshole in 2013.