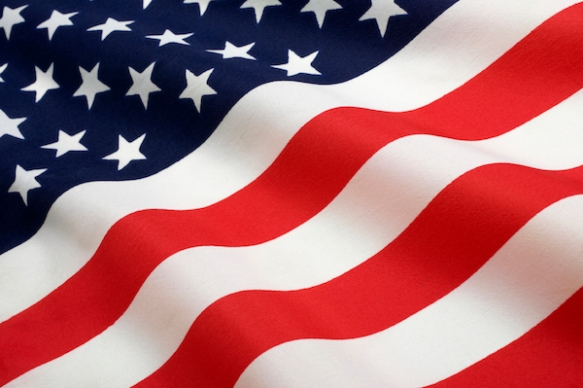 Happy Memorial Day, everybody. Honor America’s soldiers and veterans by reading this mailbag. It’s what they fought for.

No, I have more of a problem with the way Patrick Sharp is playing in general. Others have mentioned that he has to have an undisclosed injury of some sort, and frankly I’m hoping he does, because he’s been ineffective throughout the playoffs.

As for the power play, I don’t have any problem with him at the point at all. When it comes to a power play you shouldn’t be concerning yourself with defensive assignments anyway. The whole point is to score. The other team is the one concerning itself with defense, and even if it’s Brent Seabrook or Niklas Hjalmarsson out there instead of Sharp, the short-handed chances teams on the penalty kill don’t happen because of who is on the ice. They happen because all five players are below the blue line trying to score, so once in a while you get an errant pass and an easy path down to the other end of the net.

All that said, the Blackhawks have had 43 power plays in these playoffs. They’re yet to allow a shorthanded goal, so that right there should tell you whether or not Patrick Sharp is a problem on the unit.

Just wish one of his shots from the point would find the back of the net.

Micker Zapata: We heard a lot about this guy when he signed with the Sox, and haven’t heard much since. Have you heard any update on his progress? – Blake

No, not really. He signed as a 16-year old and he’s 17 now, and he’s still in the Dominican. He’ll be here eventually and playing in the White Sox minor league system, but until that happens it’s really hard to track his progress because the only people who know are the White Sox.

Maybe we should ask Rick Hahn to start a blog where he writes about Sox prospects.

@TheChicagoHomer On a scale from 1 to Donald Sterling, how out-of-your-mind are you if you think the NBA Draft Lottery is rigged? #AskTCH

I don’t think the NBA lottery is actually rigged, but you wouldn’t be crazy to think it is, either. The fact is, if the NBA did want to rig the lottery, it wouldn’t be hard to do so. I mean, at least when the Patrick Ewing lottery went down, they actually showed David Stern pulling the envelope out of the ball.

The last few years they haven’t shown anything. They just open up labeled envelopes and you’re supposed to trust they actually did it by the book. And I think they have done it by the book, but if we were to one day find out that the NBA rigged things to get Patrick Ewing to New York, or even Derrick Rose to Chicago, would you truly be that shocked by it?

When the Bulls start next season, who is the most likely player to be on the team: Carmelo Anthony, Kevin Love, Lance Stephenson, Nikola Mirotic or Carlos Boozer? – Krieger

The terrifying truth is that, even though we have every reason to believe that Boozer is going to be amnestied, I honestly feel like he has the best chance of being a Bull next season of those you listed. I’d say the second-best odds are Nikola Mirotic, but I don’t think he’s going to come over just yet.

As for the three who aren’t currently Bulls, from most likely to least I’d go with an order of Stephenson, Anthony and then Love. The only reason I find Anthony more likely than Love is because he’s actually going to be a free agent this summer. The Timberwolves, even if they have to trade Love eventually, don’t have to do it right this second.

@TheChicagoHomer if there was a homerun derby between José Abreu and Mike Ditka how many homeruns would Abreu lose by? #AskTCH

Jose Abreu would win because Ditka would be too busy filming a commercial for something.

I have no idea how to answer this question because I was never really into comic books or super heroes growing up. I only know the basics like Superman, Batman and Spiderman. So even though he’s nothing like him, I’ll just go with Batman because Ventura did have an OPS of .805 (OPS+ of 117) in his 10 years with the White Sox, so he knew how to handle a bat.

@TheChicagoHomer if Scottie Pippen is the best 1a ever but the worst tipper, does that mean that Carlos Boozer is the best tipper? #AskTCH

YOU ARE ASKING A LOT OF QUESTIONS.

Your logic here seems rather flawless, so yes, I’m going to have to say that he is.