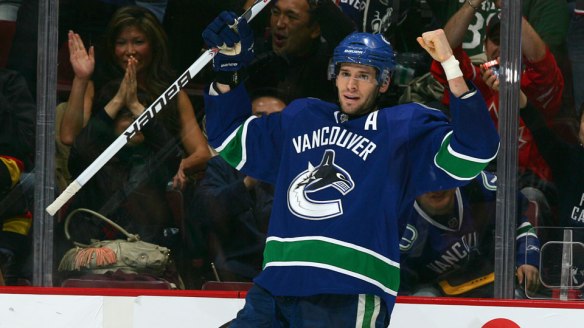 Ryan Kesler has been traded, but unfortunately for all of us who were hoping he’d be traded to the Blackhawks, that’s not the case.

Hours before the NHL Draft is scheduled to start the Canucks gave Kesler his wish, shipping him south to Anaheim for Nick Bonino, Luca Sbisa and the 24th pick in the first round tonight.

All of which means a good team in the West just got significantly better, and the Hawks search for a second-line center continues. And the search has gotten a bit tougher too, as it was also announced that the NHL salary cap for next season will be set at $69 million after it was projected to go up to $71 million. Now, in the grand scheme of things, $2 million doesn’t seem like that big a deal, and it isn’t, but it also presents a problem for the Hawks.