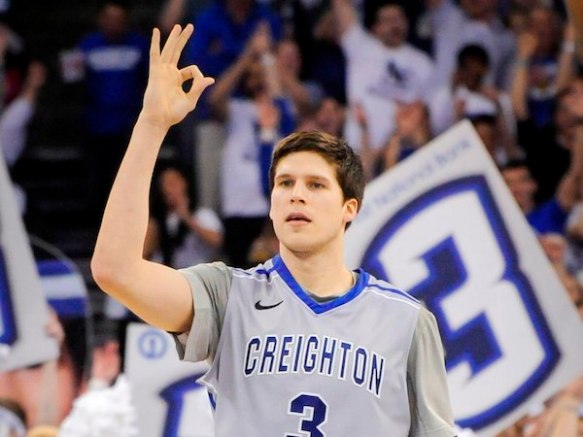 Shortly after I published the Mailbag on Saturday I received another question from a reader, and rather than wait until next week’s AskTCH, I decided to just answer it in its own post today. The question was from reader Casey Boguslaw, and it was about the Bulls decision to trade both their first round draft picks this year, and a second-rounder next year for Doug McDermott and Anthony Randolph.

I get the saving money argument that one draft pick costs less than two. But why waste an asset when the Bulls should be stocking up on assets for a trade? Plus I may be wrong but just by rules, the 11th pick makes more than the 16th, right? I loved watching McDermott in college but that was vs the MVC, not the NBA. I hope I’m wrong but I believe this won’t be looked at fondly in Bulls history.

Well I’ve already explained my feelings on the move and Doug McDermott as a player, but just to reiterate, I wasn’t a huge fan of the move either, and that was before I found out about the second round pick and Anthony Randolph as well. But I also get the thought process behind it, or at least, I think I do.

It seems to me that Plan A for the Bulls this summer is Carmelo Anthony because they feel that getting Carmelo gives them the best chance to win a title next year and the year after. Derrick Rose has been dealing with knee injuries and Joakim Noah will be turning 30 next season. The window with this core of players isn’t going to be open much longer, so the Bulls are trying to strike while the iron is hot.

One of the big needs they had aside from another big name star was a shooter, and that’s exactly what Doug McDermott can do. Plus, if they whiff on Carmelo, McDermott still provides that shooting the team will really need at that point. If you look at who they sent to Denver with those two later picks, one is a European big man that they would need time to mold (Josef Nuric) and the other is a talented player with question marks of his own (Gary Harris).

Odds are if the Bulls keep those picks and take those same players neither is seeing much time on the court next season. McDermott will. He may not have as high a ceiling as either, but McDermott is about now, not tomorrow. I’m not saying you have to agree with the thought process, but that’s what it boils down to.

The Anthony Randolph part of the deal is what confused me, but reportedly Denver insisted on including him in the deal, and I guess the Bulls wanted McDermott badly enough that they agreed to it. It’s possible that the Bulls figure they can include Randolph in a sign-and-trade for Carmelo because his deal (he’ll make $1.825 million next season) expires after next season, which will open up more cap space for the Knicks when they try to sign Kevin Love, LaMarcus Aldridge or whoever next summer. The question is whether or not the Knicks would want him simply because the Knicks have already had him and they traded him to Minnesota, who then let him walk in free agency.

Another possibility is that Randolph is power forward insurance. Let’s just assume that in whatever trade the Bulls theoretically make — whether for Melo or Love — after it’s done, neither Carlos Boozer or Taj Gibson will still be in Chicago. You’re going to need a power forward on the roster, and maybe Randolph is that guy.

Kind of annoying, isn’t it?

Of course, the other thing to consider here is that by drafting McDermott the Bulls suddenly make Mike Dunleavy a lot more expendable. Like Randolph, his contract is up next summer, and could be attractive to the Knicks because of it. Dunleavy will have a cap hit of $3,326,235 next season.

So even if drafting McDermott and taking on Randolph means the Bulls took on a $1 million in salary, once you subtract Dunleavy’s contract — which, again, is suddenly expendable — they’ve saved more than $2.3 million in cap space.

So combine that $2.3 million with the $7.5 million Taj makes, and the $15.3 million Carlos Boozer makes and suddenly you have $25.1 million in cap space that could be used toward Carmelo Anthony if he’s willing to take a discount to come to Chicago.

But that’s what all of this depends on. In 2010 the Bulls traded off parts for nothing in return just to open up cap space to sign a free agent. This summer they’re doing the same thing, just in a different manner.

The 2010 plan didn’t work because the Bulls missed out on their top targets and ended up with Carlos Boozer. The 2014 plan is contingent on getting Carmelo Anthony or Kevin Love. If they miss out again, then yes, I agree that unless Doug McDermott turns out to be Larry Bird — hey, let’s set the expectations high! — this trade probably won’t be looked at fondly, and it could ultimately cost Gar Forman and John Paxson their jobs.

But if the Bulls do get Melo or Love? Then it won’t really matter who won the trade.

1 thought on “Trying To Make Sense Of The McDermott Trade”