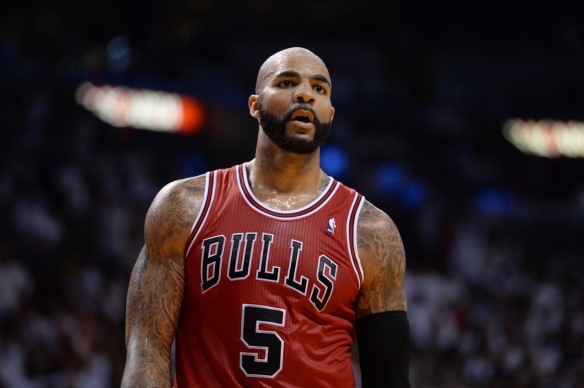 I come here tonight to say goodbye. The Bulls announced Tuesday night that they would be using the amnesty provision on Carlos Boozer, just like we all figured they would. For some the news was a moment of celebration.

I am not shedding tears over it, either, but you know what? While saying goodbye to Boozer is absolutely the right move for the Bulls, I want to make one thing clear.

Oh sure, plenty of us wanted to pretend he did, myself included. He was the result of a 2010 summer in which we were told that LeBron James coming to the Bulls had been a “done deal.” We were all drunk on visions of six more championship celebrations in Grant Park, and knowing that after watching the greatest basketball player of all time in Michael Jordan, we were going to have the same front row seat for for James.

But it didn’t happen. Instead we woke up the next morning in bed next to Carlos Boozer and a five-year contract worth $75 million.

So Boozer never really had a chance here, and even though he played well in that first season — he averaged 17.5 points and 9.6 rebounds while shooting 51% from the floor — as the Bulls finished 62-20, taking the top seed in the East, his shortcomings were always on display as well. No matter how well he played he was never going to be enough to overcome the LeBron, Dwyane Wade, Chris Bosh and the Miami Heat. It wasn’t his fault, but we sure as hell weren’t going to blame Derrick Rose for the team’s shortcomings, nor would we blame Joakim Noah.

No, that blame was Boozer’s burden.

While that first season would be Boozer’s best with the Bulls, he still performed well enough in the first three seasons of his contract. In the 2012-13 season, the first without Derrick, Boozer was actually incredibly important. His shooting percentage dropped to 47.7% as he took on a bigger offensive load, but he still finished with 16.2 points and 9.8 rebounds per game. The man had his shortcomings, but he did everything he was capable of anyway, it’s just we focused on what he couldn’t do.

And he couldn’t do a lot.

He was never a good defender, but his defense seemingly got worse every season, as opponents torched him on pick-and-rolls. So many times we’d see Joakim Noah throwing the death stare at Boozer after he lost track of his man and allowed an open path to the basket. It was that defense that led to Boozer not even playing during the fourth quarter last season, as Tom Thibodeau wanted nothing to do with him at crunch time. Not when Taj Gibson was available.

Boozer’s job was to help the Bulls get to 90 points during the first and third quarters and then get the hell out of the way as the defense tried to make those points hold up.

But Boozer’s offense faded quite a bit last season. His scored only 13.7 points per game, his lowest output since his rookie season. The same could be said about his 8.3 rebounds per game, and his 45.6% shooting percentage was the lowest of his career.

He looked like a man who knew he wasn’t wanted, and knew there was nothing he could do to change that. It has to be hard to do your job when you’re constantly hearing about that amnesty provision, and seemingly every day you’re being asked a question from the media that was basically “do you think you’re so bad at your job that your employer is going to want to pay you to go away?”

And I can’t help but feel bad for the man. I’m not upset he’s gone, though I’ll miss his strange habits. I’ll miss the way he was constantly yelling “GIMME THAT” or “GET THAT, JO” on the court, and I’ll miss seeing him needing to touch the basketball during any stoppage of play before giving it to the official. 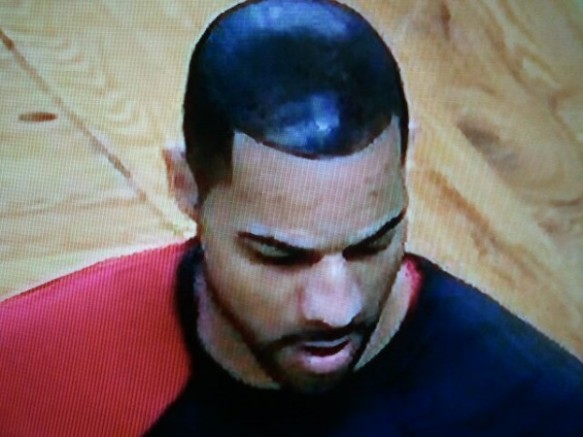 But I won’t miss that contract. I don’t blame Boozer for accepting it, who would? He never lived up to it, though. It’s funny, aside from the Plan B stigma that stuck to him throughout his time in Chicago, I can’t help but think that if his salary cap number had been a bit lower than it was, we’d have all been a lot more appreciative of who Boozer was.

And now he’ll go be Carlos Boozer somewhere else, and depending on where he lands, he could prove to be quite useful yet again. It’s just his absence is what’s most useful for the Bulls, and it’ll probably be better for him as well.

So thanks for the last four seasons, Carlos, and thanks for doing everything you were capable of doing. It wasn’t enough, but it never could have been.

I mean it when I say you didn’t suck, because you didn’t. I’m sorry I refused to admit it until now.

1 thought on “A Eulogy For Carlos Boozer”