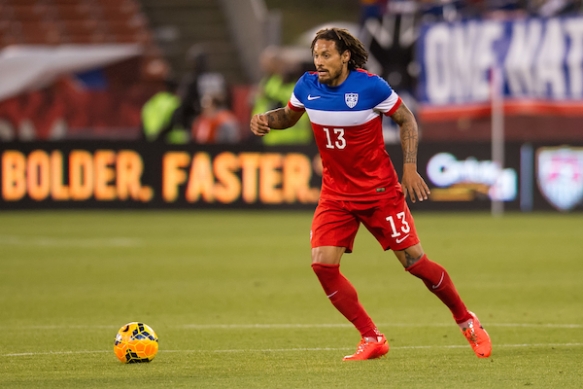 It doesn’t look like Jermaine Jones will be coming to Chicago.

According to a report from Goal.com, Jones has rejected an offer from the Fire that would have paid him $6 million over the next two and a half seasons.

Sources have confirmed to Goal USA that the U.S. World Cup star has rejected a 2.5 year, $6 million guaranteed contract from the Chicago Fire, leaving his club future in doubt, and limiting his options as the summer transfer window enters its final month.

The Chicago Fire laid out a sizeable contract offer that would have made Jones one of the highest-paid players in MLS, but the 32-year-old German-American decided to pass on the deal and wait for other options to emerge. Just where those new options will be remains to be seen.

The report goes on to say that the Fire offered Jones $1.3 million to finish this season with the team, as well as $2.35 million for the 2015 and 2016 seasons. Such a deal would have made Jones one of the top 10 paid players in MLS. Of course, how accurate those numbers are we don’t know, but according to Jones, they weren’t. He tweeted this Saturday morning.

Good Morning my fans! The offer of chicago fire honors me! There are rumours in the news. But all the figures mentioned are not the truth.

So where does Jones go from here? I have no idea. I just know that it sounds like it won’t be Chicago, which is too bad. As I wrote the other day, while he wouldn’t necessarily fill a need for the Fire, it still would have been nice to have him.

He might have brought a bit more excitement to all those scoreless draws.