On Tuesday the White Sox announced that they’d promoted prospect Micah Johnson from Birmingham to Triple-A Charlotte. Considering Johnson’s performance in Birmingham — a slash line of .329/.414/.466 with 10 stolen bases — the move certainly made sense.

But it also raised some questions.

The White Sox have a lot of middle infield options right now, and Johnson was adding to what was already a somewhat crowded situation in Charlotte, a situation that would only get worse when Jeff Keppinger was activated and the Sox likely sent Marcus Semien down to Charlotte.

But we don’t have to worry about that situation anymore.

END_OF_DOCUMENT_TOKEN_TO_BE_REPLACED

Back in February there were reports that the White Sox had scouts checking out Yankees catchers. I took this news and ran with it a bit, positing that a possible deal centering on Gordon Beckham for Francisco Cervelli would work for me.

Hell, I said I’d do it straight up. I’ve just reached that point with Gordon Beckham where I feel like if he is ever going to figure things out again, it will be somewhere other than Chicago.

END_OF_DOCUMENT_TOKEN_TO_BE_REPLACED

Though there’s only one of them I have any legit interest in.

END_OF_DOCUMENT_TOKEN_TO_BE_REPLACED 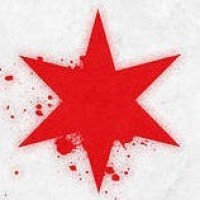