Have you seen the new Nike commercial with James Harden and Charles Barkley? In it Barkley tries to convince Harden that the secret to being a great athlete is to have a short memory, and at the end Scottie Pippen agrees with Barkley by yelling “I’m the greatest Chicago Bull of all time!”

END_OF_DOCUMENT_TOKEN_TO_BE_REPLACED 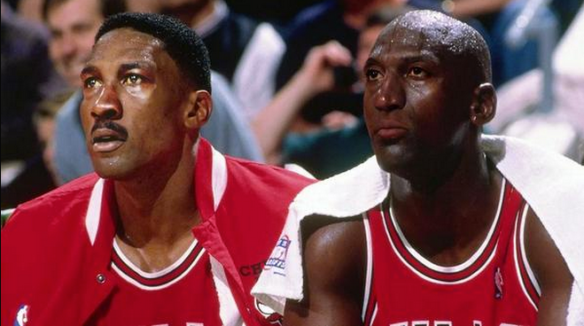 Damn Photoshop and the horrors it can create.

That’s a photo of Carmelo Anthony in Paris with some kids, but the kids aren’t important.

You see, Carmelo is wearing an Air Jordan shirt. Who did Michael Jordan play for? The Chicago Bulls.

Who took the picture? Larsa Pippen, who is the wife of Scottie Pippen, who played for the Chicago Bulls.

And those kids? THOSE ARE SCOTTIE PIPPEN’S CHILDREN.

So Carmelo is in Paris with the Pippens while wearing a Michael Jordan shirt. What more do you need to see?

END_OF_DOCUMENT_TOKEN_TO_BE_REPLACED

LeBron James was never planning on coming to Chicago this summer. Now that Phil Jackson is running the Knicks, the odds of Carmelo Anthony leaving the Big Apple for the Windy City are slimmer than ever before.

Which means that Bulls fans need a new white whale, because ever since Michael Jordan left for good, and took Scottie and Phil with him, that’s what Bulls fans have done. They’ve looked longingly at the horizon over Lake Michigan hoping for a new superstar to appear.

END_OF_DOCUMENT_TOKEN_TO_BE_REPLACED

Maybe you didn’t notice it on Wednesday night against the Rangers, but Marcus Kruger got some time as the second-line center with Patrick Kane. Well, on Thursday it was announced that Kruger would be on the second line with Kane again against Montreal on Saturday, as Quenneville said he’s going to get a shot at the job.

And it’s about fucking time, too.